FREE Shipping and Duty Free On All Orders.Shipped within 24 hours and delivered to home within 3-7 working days.

Electric scooters are small in size and convenient to use. They are becoming more and more popular in Europe, but they can also cause traffic chaos and traffic accidents. It is illegal to use them in many places. Therefore, before you buy an electric scooter, please familiarize yourself with the European electric scooter laws.

Here are some laws in certain regions:

In the United Kingdom, privately-owned scooters can only be operated on personal property with the landowner’s permission. And there are many other legal requirements, such as insurance, driving license, helmets, etc. In July 2020, new regulations that allow the trials of rental e-scooters were enforced in some places, such as Bath, Bristol, and South Gloucestershire. If you want to participate in the trial, you’ll need to have a driving license for it and you can use your hired e-scooter legally within specified geographical boundaries. If you go beyond those areas, you’re likely to be given a £300 fixed-penalty notice. In the trials, e-scooters can only be used up to a maximum speed of 15.5 mph.  In other areas, holding a driving license, either full or provisional, is necessary. The electric scooters that don’t have signaling abilities, number plates, or even rear red lights can’t be allowed to be driven on public roads.

Under French law, electric scooters require insurance and must only be operated by 12 years or older people. Helmets are not compulsory, and no driving license is required. In most places in France, it is illegal to ride on the pavement. E-scooters are only allowed to be taken on public transport if the internal rules of the transportation method allow it. In October 2019, various fines for e-scooter violations and offenses were decreed. Lastly, you must park your rides in designated e-scooter parking areas or cycle parking facilities.

In Germany, electric scooters are allowed on public roads since June 14, 2019. If a scooter is made following the rules provided by the law, it’ll get an ABE or Allgemeine Betriebserlaubnis. To secure the ABE, the scooter needs to have a holding or steering bar. It should have a maximum motor power of no more than 1500 W and a maximum speed of 20 km/h. There need to be front and rear lights, independent brakes, and a horn. The manufacturer’s name must also be indicated. The same goes for the ABE and the scooter’s model ID.

Without securing an ABE, you won’t be able to get insurance and an insurance sticker. Without them, you won’t be allowed to drive your electric scooter around. To ensure public safety, there are also some regulations of conduct that need to be observed. For example, if there are multiple riders, they are only allowed to drive behind each other. They are discouraged from holding onto each other’s vehicles. Driving no-handed is not allowed as well.

When it comes to age, children who are younger than 14 years old aren’t allowed to ride electric scooters. 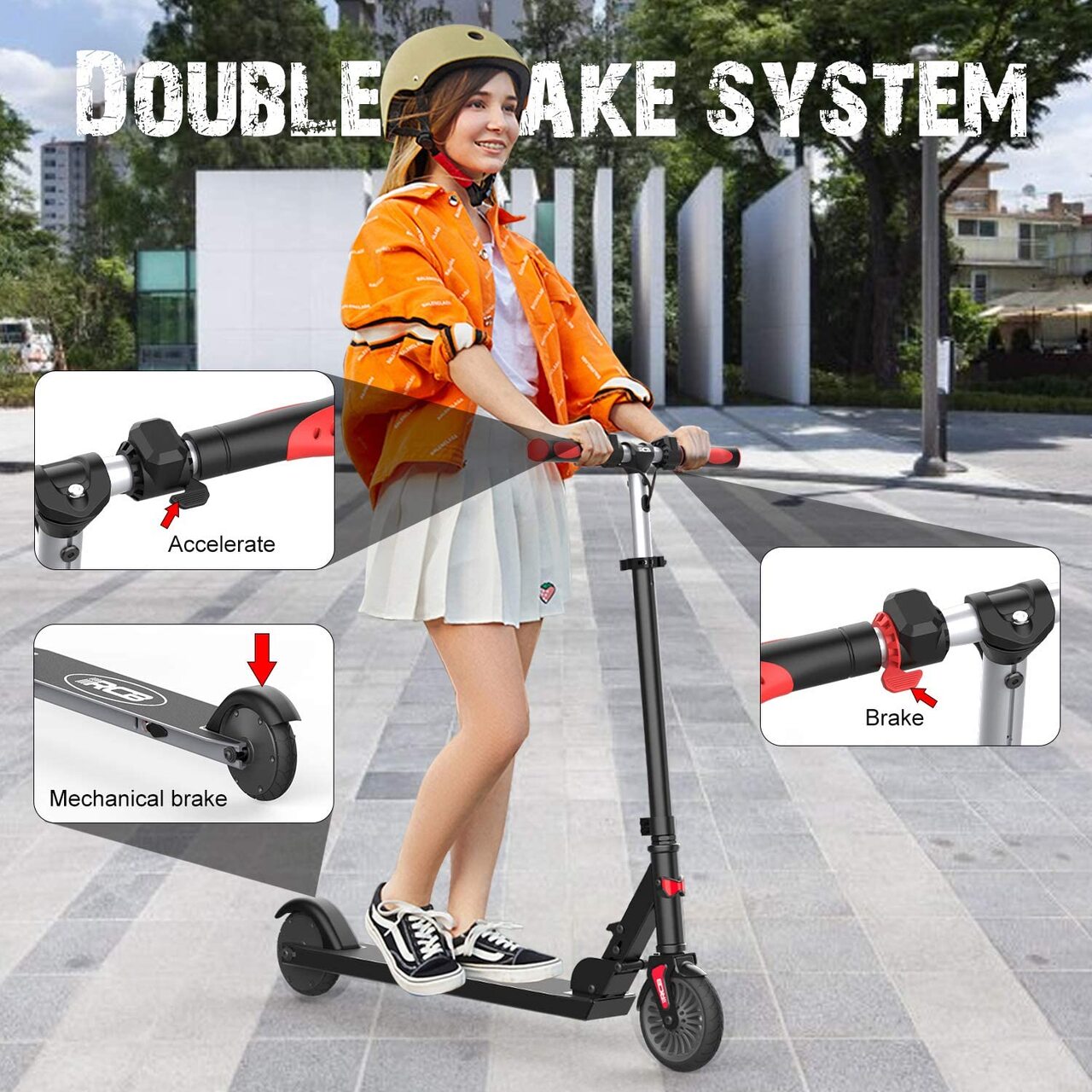 Beginning January 2021, electric scooters are legally considered vehicles in Spain. However, they can’t be used on pavements, motorways, or through tunnels.

Plus, their maximum speed is set at 25 km/h.

Although there is no regulation requiring riders to wear helmets, they need to wear reflective vests. The use of mobile phones and headphones isn’t allowed. And like other vehicles, driving under the influence of drugs or alcohol can cause legal problems.

The rider’s speed defines whether they can access the pavement or not. For instance, if they are slow enough to be categorized as a pedestrian, they can ride on the footway. But if they’re faster (more than 5-6 km/h), they can only ride on cycle paths.

In terms of speed, the limit is set to 25 km/h. If your e-scooter goes beyond that speed, you’ll be required to secure a driver’s license. You’ll need a helmet, number plate, and insurance, too.

Riders are required to have proper brakes on their e-scooters. A warning device is also necessary. 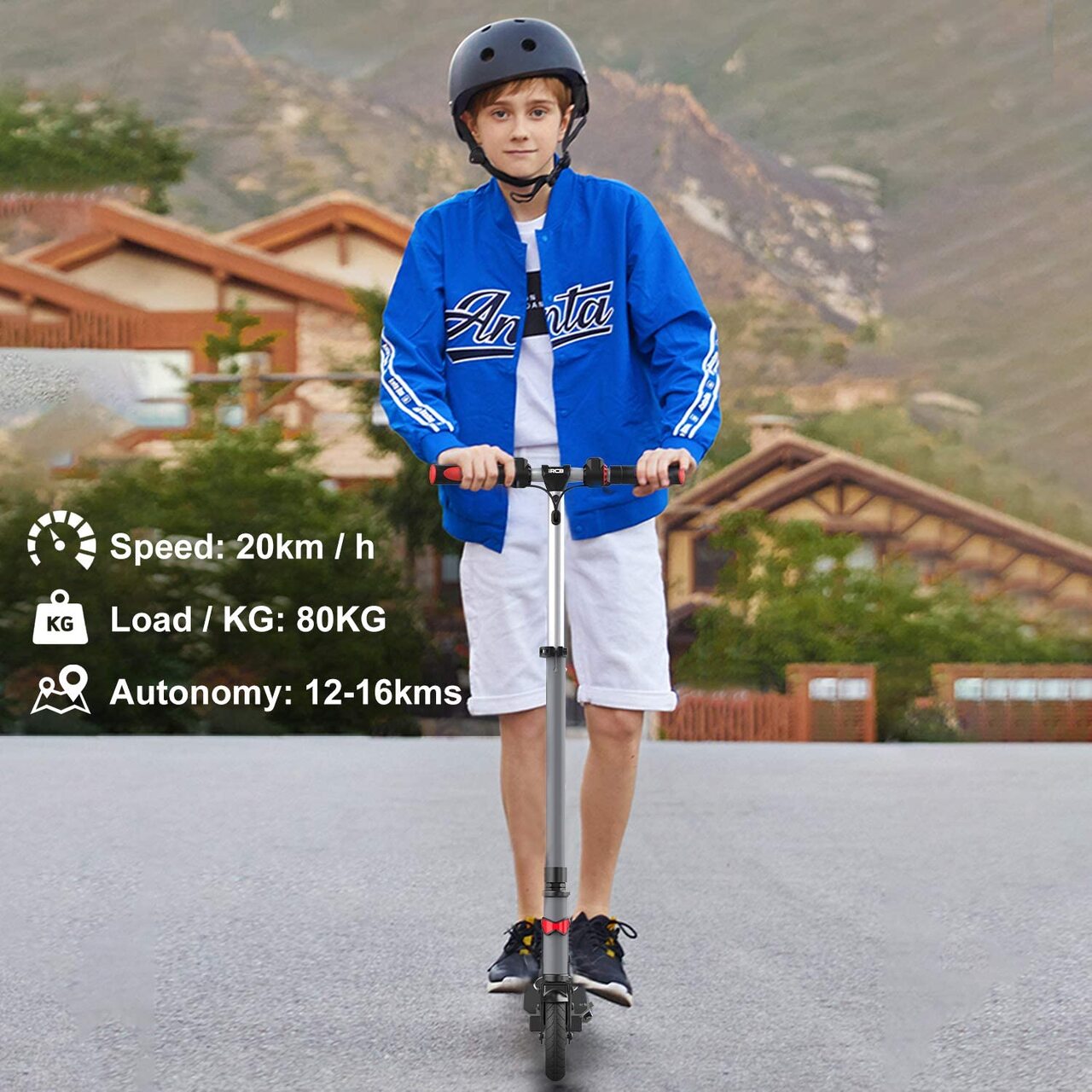 Since January 2019, the use of e-scooters in Denmark’s bike lanes is considered legal. The set maximum speed is set at 20 km/hour. Only people that are 15 years or older can ride a scooter, and only one person is allowed to ride it at a time.  You don’t need a driving license;  helmets are recommended but not mandatory. Moreover, Denmark does not allow e-scooters on pavements – they can only be taken on bicycle paths or public roads. Lastly, riders must get insurance for their electric scooters in order to operate them legally.

In Sweden, electric scooters are allowed as long as their maximum speed is at 20km/h and their engine power is maxed at 250W. Anyone can ride them but for those who are younger than 15 years old, helmets are required.

However, for e-scooters that go beyond 20km/h and those with larger engine power, they aren’t allowed on roads that are covered by traffic rules. They can only be used on fenced areas and private roads.

When it comes to bringing your electric scooter on a train or bus, there are no restrictions. However, you must ensure that they can’t cause any mess to other riders and the seats.

Austria does not require any license or insurance for electric scooters.

However, there are some age restrictions – 12-year-olds who want to ride an e-scooter must be supervised by people of at least 16 years of age. Furthermore, children that are younger than 12 years must wear helmets.

Scooters with a maximum power output of 600W and 25 km/h max speed can be operated legally on public roads. Austria’s parking rules for e-scooters are the same as those for bikes. All offenses lead to administrative fines.

Finland classifies electric scooters as lightweight electric vehicles. This category constitutes vehicles with a motor of a maximum of 1000W and a top speed of 25 km/h. However, if your electric scooter is slower than 15 km/h, then it will be categorized as a “pedestrian assisted device.”

As an e-scooter owner in Finland, you don’t need insurance or a driving license. Although not punishable by law, helmets are strongly recommended. Furthermore, you must not drive on the pavement.

Transport decreed that electric scooters can be legally operated on roads and pedestrian areas. However, this accessibility was limited by the speed of the scooters.

The fastest you can go in a pedestrian area is 6 km/h, 20 km/h in cycle lanes, and 30 km/h on public roads. It is important to note that in the last case, the rider must wear highly visible attire or reflective bracelets for safety. Italy puts design limitations on electric scooters too – the maximum power must not exceed 500W and top speeds as described earlier. All the same traffic laws apply to electric scooters. 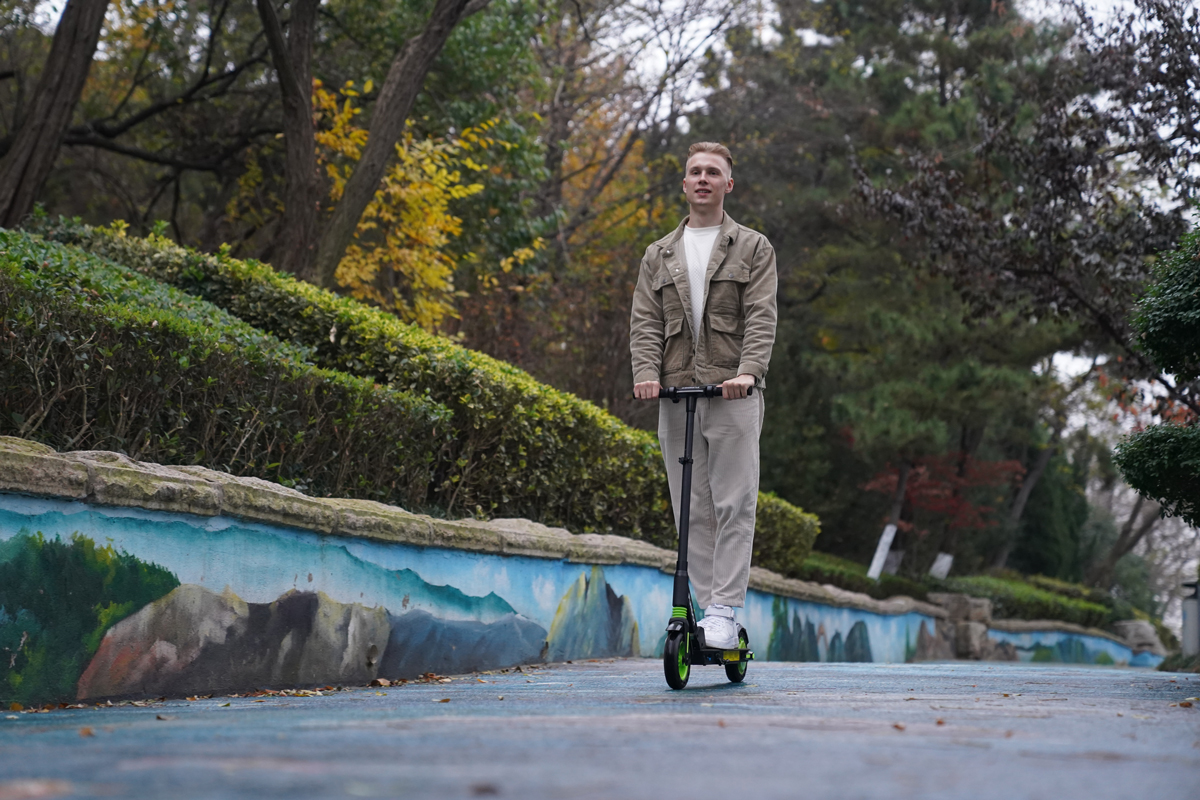 The national or European approval rules apply to electric scooters.

So, if a manufacturer’s e-scooter can tick all those boxes and get approval from the authorities, it is legal to be operated in the Netherlands.

As of now, there is no distinctive boundary between e-scooters and other vehicles; therefore, general regulations apply. These regulations include not riding on pavements, following all traffic rules, etc.

In Slovenia, electric scooters are categorized as special vehicles. Riders are only allowed to take their scooter on pedestrian crossings, pavements, underground areas, and bicycle paths at around 5 km/h (the normal walking speed).

Therefore, electric scooters are currently not allowed on roads or streets, and the rider must be extra-cautious when driving in pedestrian areas. They must not endanger any passers-by and ensure safety first. Furthermore, manufacturers are also to keep in mind the size of the scooters they produce and tally it with the size that’s usually considered appropriate to operate among pedestrians.

In Slovakia, electric scooters are now classified as non-motorized vehicles and allowed on public roads, as long as the rider is at least 15 years of age.

The Act on Road Traffic allows electric scooters neither on pedestrian areas like pavements nor on public roads.

An e-scooter rider must follow the same speed limits as a bicycle rider and must not travel on pedestrian crossings. Helmets are mandatory as well.

The user age limit is set to 16 years, and the 16-year-olds must also have a legitimate driving license with a proper category. Maximum speed on roads is 20 km/h and 10 km/h elsewhere, such as pavements, cycle paths, footpaths, promenades, etc.

Malta requires e-scooter users to get insurance for their scooters. Furthermore, helmets are strongly recommended, although not mandatory. Moreover, a highly visible fluorescent vest should be worn by the rider in order to indicate his presence on the road.

Luxembourg classifies electric scooters as bicycles if they meet certain conditions. For instance, they must have at least two wheels, a motor with a continuous max power of 500W, and a top speed of 25 km/h or lower. All the same rules apply to e-scooters except that e-scooters have an age limit of 13 years, and access is limited only to public roads. No license, insurance, or registration is required.

The state recognizes electric scooters as motorized bicycles and, therefore, the users as cyclists. This means that all the same rules apply, except e-scooters must have a maximum power output of 1000W and a top speed of 25 km/h. Users younger than 18 are required to wear a helmet before operating an e-scooter. A driving license and insurance aren’t required. If you’re riding in a pedestrian area, the top speed is limited to 3-7 km/h.

What is the Future For Electric Scooter Laws in Europe? 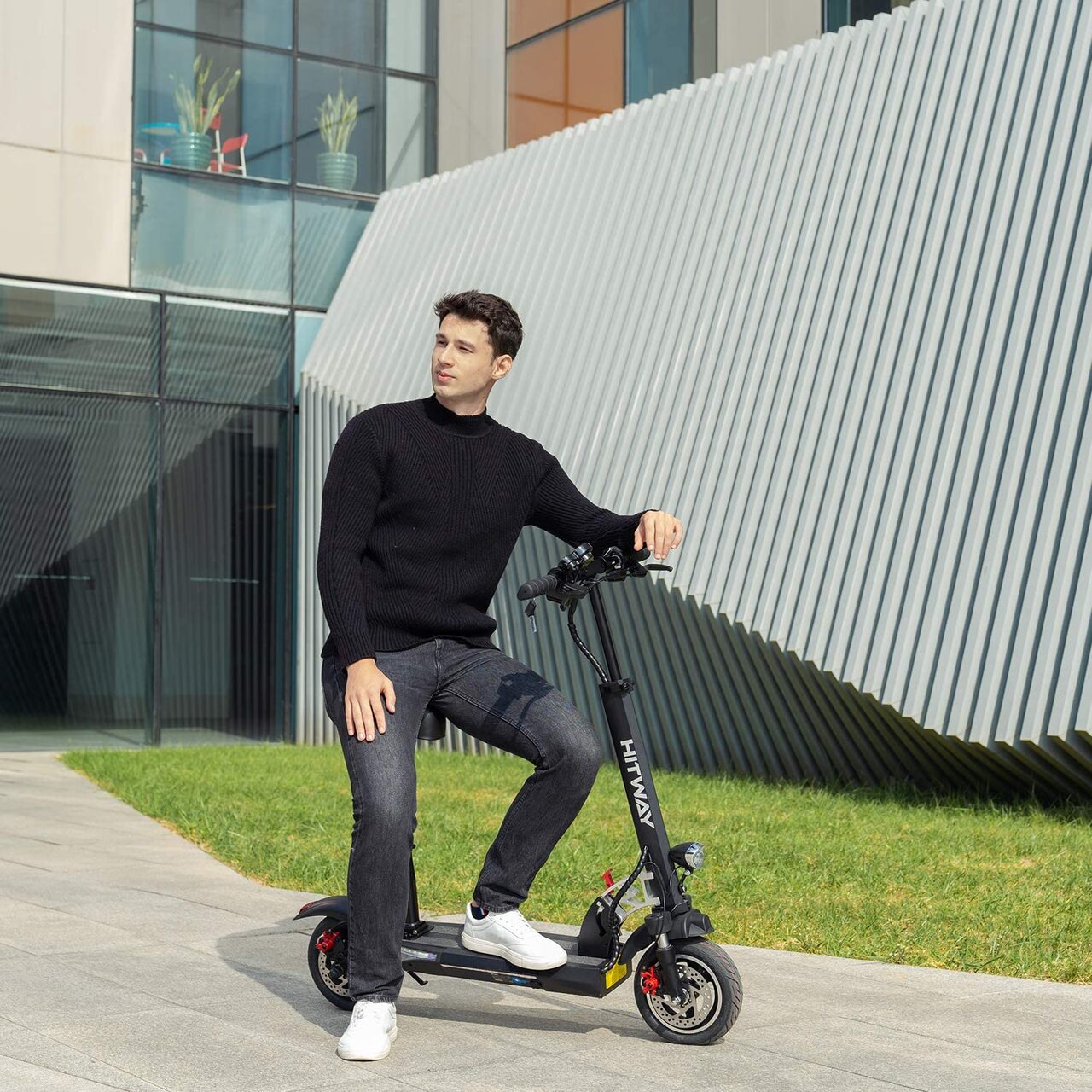